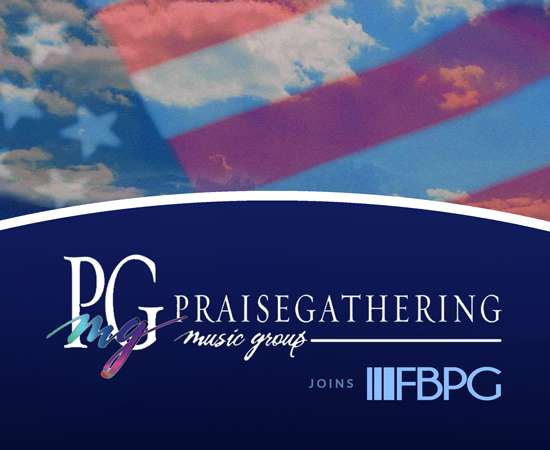 After a forty-year career in the church music publishing industry, PraiseGathering Music Group founder/CEO and Dove award-winning producer Randy Vader announced today that he will be stepping away from the day-to-day operations of the company.  “My heart will forever be in church music, and I plan to remain involved in the creative part of publishing,” says Randy.

Randy and Fred Bock Publishing Group President Stephen Bock also announced today that they have entered into a package of agreements that will transfer the development, publication, and distribution responsibilities of the PraiseGathering Music Group to the Fred Bock Publishing Group.  “I have known Randy and Carol Vader since I was in grade school,” says Stephen Bock, son of the company’s founder.  “This feels like two families coming together, and I couldn’t be happier that they have entrusted their company and their legacy to us.”

The PraiseGathering Music Group catalogs contain over 2,500 high-quality music publications for choirs in Evangelical churches.  Started in 1993, PraiseGathering became one of the most successful Evangelical church publishers right away.  Building around his own writings, Randy discovered and nurtured the talents of Jay Rouse, ultimately co-writing hundreds of anthems and musicals with him.  Vader also published works by Camp Kirkland, Rose Aspinall, Geron Davis, Marty Parks, Tom Fettke and Mary McDonald.

“The Fred Bock Publishing Group has long been a good friend of PGMG. As we look to the future, I can think of no better place for us to land than with Stephen Bock and his amazing team.,” added Jay Rouse.  “I am very excited about the future of PraiseGathering Music Group.”

PraiseGathering Music Group is a church music publishing house founded by Randy and Carol Vader and an imprint of the Fred Bock Publishing Group.