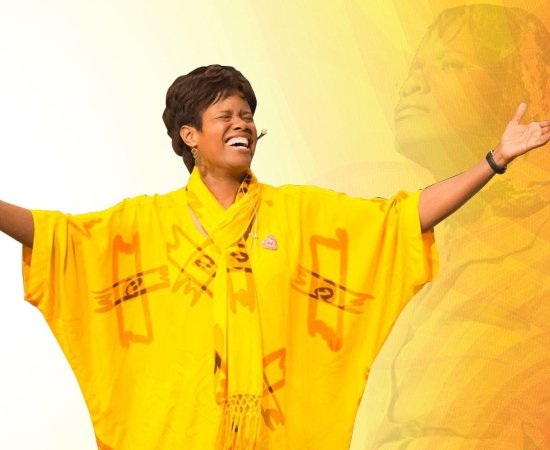 Dr. Rosephanye Powell, an accomplished composer, singer and voice professor, holds the tremendous ability to understand the human voice and write inspirational lyrics. Earning her the title of America’s leading female composer of solo vocal and choral music, Rosephanye Powell’s impressive catalog of sacred and secular works have been conducted and premiered by nationally-renowned choral conductors. 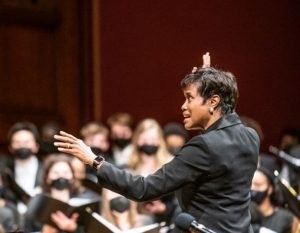 Recognized For Her Exceptional Talent as a Composer and Conductor

Dr. Powell holds degrees from Florida State University, Westminster Choir College and Alabama State University. Since 2001, she has worked as a Professor of Voice at Auburn University, where she teaches courses on applied voice, art song literature of William Grant Still, and vocal pedagogy. Prior to her position at Auburn, Dr. Powell served as a faculty member at Philander Smith College, Arkansas, and Georgia Southern University. Her research at Auburn Universitypredominantly focuses on the art of the African-American spiritual and voice care concerns for voice professionals, vocal performance and choral singers. In addition to her duties as a professor, Rosephanye Powell conducts the Women’s Chorus and serves as a co-conductor Auburn University’s Gospel Choir.

As a distinguished composer, Rosephanye has been published by some of the nation’s leading publishers, including Fred Bock Music Company, Gentry Publications, Hal Leonard Corporation, and Oxford University Press, and Alliance Music Publications. Her arrangements have been conducted and premiered by nationally and internationally-renowned composers, and have been showcased at well-known locations around the country, including Carnegie Hall, Lincoln Center, and Spivey Hall. Dr. Powell’s works have been commissioned by professional choral ensembles, such as Chanticleer, the Grammy award-winning men’s vocal ensemble, and the American Guild of Organists.

She made her grand debut in 2015 with the release of “Miss Wheatley’s Garden,” a phenomenal tribute to the legacy of Phyllis Wheatley, America’s first African American poet. “Miss Wheatley’s Garden” has been premiered and performed throughout the United States, Canada, and Europe, and serves as an indication that she has the ability to uplift and captivate her audience through her artistry.

Her latest composition, “Then, Here and Now” (2021), is a four-piece art song collection which encompasses a powerful reflection on her emotional reactions to the dramatic events that transpired in 2020. Each art song, as stated on Rosephanye Powell’s website, “refers to the spirituals’ enduring messages of hope, strength, healing, freedom, and justice.” Meant to be embraced by all people of all backgrounds, Rosephanye hopes that “Then, Here and Now” will bring both the performers and audience a sense of relief.

“Because of their universal messages, it is my intention for “Then, Here and Now” to be performed and embraced by people of all races, cultures, nationalities, and backgrounds.”

Rosephanye Powell is married to William Powell, a choral conductor and arranger. They have two daughters; Camille Elise and Kaitlyn Elizabeth. A number of Rosephanye’s arrangements have been completed in tandem with her husband, who has several choral music publications of his own. Many of her original compositions are arranged for a variety of different voicing, such as women’s chorus, men’s chorus, mixed chorus, and gospel choir.

Rosephanye regularly acts as a conductor for All-State and Honor Choirs around the country and frequently makes appearances at American Choral Directors Association. In addition, her work has been auctioned by Chorus America, and her arrangements are in great demand at national choral festivals. She annually composes choral music for university choruses, professional, community, gospel choir programs and secondary school choruses. Rosephanye travels across the United States and abroad performing lectures, demonstrations and workshops for vocal competitions and auditions, choirs, and choral festivals.

Recognized for her immense talent, Rosephanye has been listed in the 1st edition of the international publication “Who Is Who in Choral Music,” and has been included in “Who’s Who Among America’s Teachers” and “Outstanding Young Women in America.” Rosephanye has also had the honor of winning multiple awards, including the “Living Legend Award” presented by California State University African Diaspora Sacred Music Festival in Los Angeles in 2009. As an active representative of the choral community, Rosephanye is a member of the American Society of Composers, Authors, and Publishers (ASCAP), the American Choral Directors Association (ACDA), the College Music Society (CMS), the National Association of Teachers of Singing (NATS) and the Music Educators National Conference (MENC).