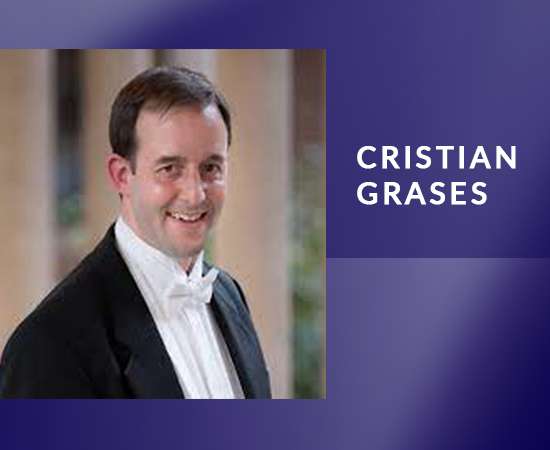 Dr. Cristian Grases has worn many hats, and all have been melodic. His musical journey began in Venezuela, where he earned a master’s degree in Caracas from Simón Bolívar University. A Venezuelan native, his roots inspire and enrich his choral work and spread a message of empathy, Latin American history, diversity, and authenticity.

Dr. Grases earned his Doctorate from the University of Miami and has held key positions in schools all across the country: director of choral activities at Central Washington University, assistant professor in choral music at California State University, national coordinator of choirs for El Sistema under Maestro José Antonio Abreu, and, today, can be found at the University of Southern California acting as associate professor of choral music and the conductor of the USC Thornton Concert Choir. As if these hats weren’t enough for one head, Grases has also served as the conductor for the Women’s Chamber Ensemble of the University of Miami, assistant conductor of the Miami Symphony Orchestra led by Maestro Eduardo Marturet, and the conductor of the Young Musicians Orchestra. Dr. Grases channels every bit of this nearly unfathomable body of musical expertise into his work, including his new series, The Choral Music of Latin America and the Caribbean. In this series he draws on the true depth of Latin American culture and history to present music perfectly catered by decades of experience for collegiate and school choirs.

Dr. Grases, today a musical tree sprung from his Venezuelan root, is an award-winning conductor and composer as well as a professor, and has written for significant groups such as the Piedmont Children’s Chorus and the Santa Fe Desert Chorale. Major groups in choral music (to mention one, the Los Angeles Master Chorale) have proudly performed his works.

A Force in Choral Music – “Tottoyo” and More

Take, for example, “Tottoyo”, a choral piece composed by Dr. Grases and often heralded as one of his finest works. Voiced for SSA treble voices and playful, heartfelt, and fresh, the piece recounts the story of a young boy who loves to play outdoors until the sun sets. When Tottoyo’s mother finally calls him inside, he refuses, wanting nothing more than linger outside doors and mundanity. He hides from his mother, leaving her waiting on the doorstep. This fun and catchy song, laced with nostalgia and depth, is one of many to bring joy to both singers and audiences. Dr. Grases carefully based the text on the rhythmic quality of its syllables, which makes it easily paired with simple body motions that can accompany the song to help engage the choir and the audience while cleverly adding visually to the story’s narrative. 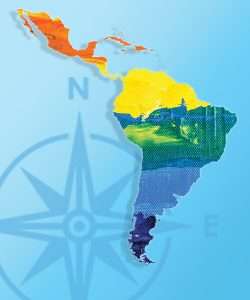 Experience the Choral Music of Latin America and the Caribbean

You can experience Grases’ rich, heartfelt work for yourself here, where the fruits of his musical labor are on full display. Check out pieces such as “Abreme La Puerta,” a traditional Puerto Rican song perfect for high school and college treble choruses; or give “Crux Fidelis” a look, a piece that combines disharmony and soothing chords to accomplish melodic beauty. Grases has personally arranged such pieces into a fresh series, The Choral Music of Latin America and the Caribbean. In this work, Cristian Grases utilizes his musical expertise and his authentic roots to bring “the choral music of Latin America and the Caribbean” out into new light. As its editor, he combines cultural diversity with musical excellence to offer songs perfectly suited to high school and college performances—crafted to be, as his works always are, as educational as they are heartfelt.

The choral music of Latin American and the Caribbean

View the series, The choral music of Latin American and the Caribbean, edited by Cristian Grases on our Fred Bock website.