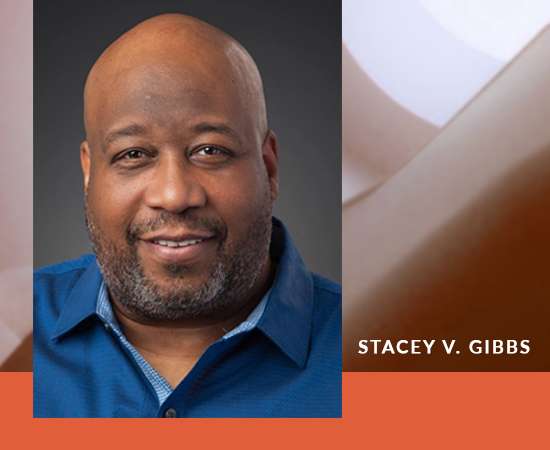 Stacey V. Gibbs: Bringing Spirituals Back into the Light

These days, Stacey V. Gibbs is well known in the choral world for his unique arrangements of traditional spirituals. You could call him a master of combining the old and the new. He reaches back into the past for those foundational, traditional musical pillars that were so beloved for so long for a reason—and then he brushes off their dust, infuses them with fresh life, the vitality of the 21st century, and sends them back into the light. As a composer and arranger, he’s renowned for his masterful ability to create new energy in familiar works without cutting off their authenticity or power. These spirituals have been performed by choral groups and schools across America, as well as prestigious groups like the United States Air Force Sergeants, the University of Southern California Chamber Singers, and the Stellenbosch Choir of Africa, ringing through both high schools and colleges, casual and professional choirs, locally and internationally. Spirituals are Stacey V. Gibbs’ gift; there’s no getting around it. 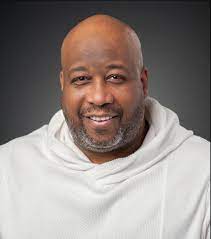 The spiritual is an art form and Stacey V. Gibbs’ spirituals are perfect for a choir.

I know that when I was a part of The Sunday Night Singers, our favorite traditional spiritual to sing, (especially during the Christmas season), was “Somebody Talkin’ ‘Bout Jesus”. We weren’t alone; Gibbs’ arrangement has become one of the most popular among spirituals. It has a perfect steady tempo arrangement to play with dramatically and rhythmically. It’s perfect for a high school choral group that is willing to take on a challenge and great for a higher-level choir to perform professionally and in festivals. When it comes to choral spirituals, I struggle to come up with a better arranger and composer to learn from than Stacey V. Gibbs. The spiritual is an art form; it is a cultural phenomenon; it is a unique mode of history; it’s rhythm, it’s depth, and it’s often a story. Gibbs’ spirituals are perfect for a choir looking to fully deliver a story, to learn how to perfect the tone, nail the rhythm, and understand how to treat the spiritual’s dynamics; and, for a polished, professional choir, a waiting opportunity to present their grasp of depth, feeling and storytelling. Spirituals don’t sing to sing; they have a story, a purpose, and a message, often one of hope, of “hang on”.

You can encounter Gibbs’ “Somebody Talkin’ ‘Bout Jesus’” for yourself here.

I’m not the only one who has been impressed with Gibbs’ talent—far from it. His music has been programmed in state festivals, the National Association of Music Educators (MENC) festivals, the World Choir Games, and national American Choral Directors Association (ACDA) conventions. His work is published by Gentry Publications, National Music Publishers, Pavane Publishing, and Hinshaw Music. The Stacey V. Gibbs Choral Series (of which my old favorite “Somebody Talkin’ ‘Bout Jesus” is just one part; you can find the entire series in its true depth, designed for powerful, moving performances and concert-closers, here.

In 2012, Gibbs put together an album titled Didn’t It Rain: The Spirituals of Stacey V. Gibbs, recorded by The Sunday Night Singers of California. In 2018, he was invited as a guest conductor at the International Choral Fest in Costa Rica and China; he also participated in Sing for Justice, an event that loudly calls for musicians, artists and scholars to take the reins as ambassadors for change. And, perhaps a capstone of Gibbs’ efforts to bring spirituals into the light: his arrangement of “Way Over in Beulah Lan’” was performed at the 57th Inaugural Service for President Barack Obama. Spirituals could hardly get farther into the modern eye than that. They might have begun to bow and take leave, but Stacey V. Gibbs gave them new breath.