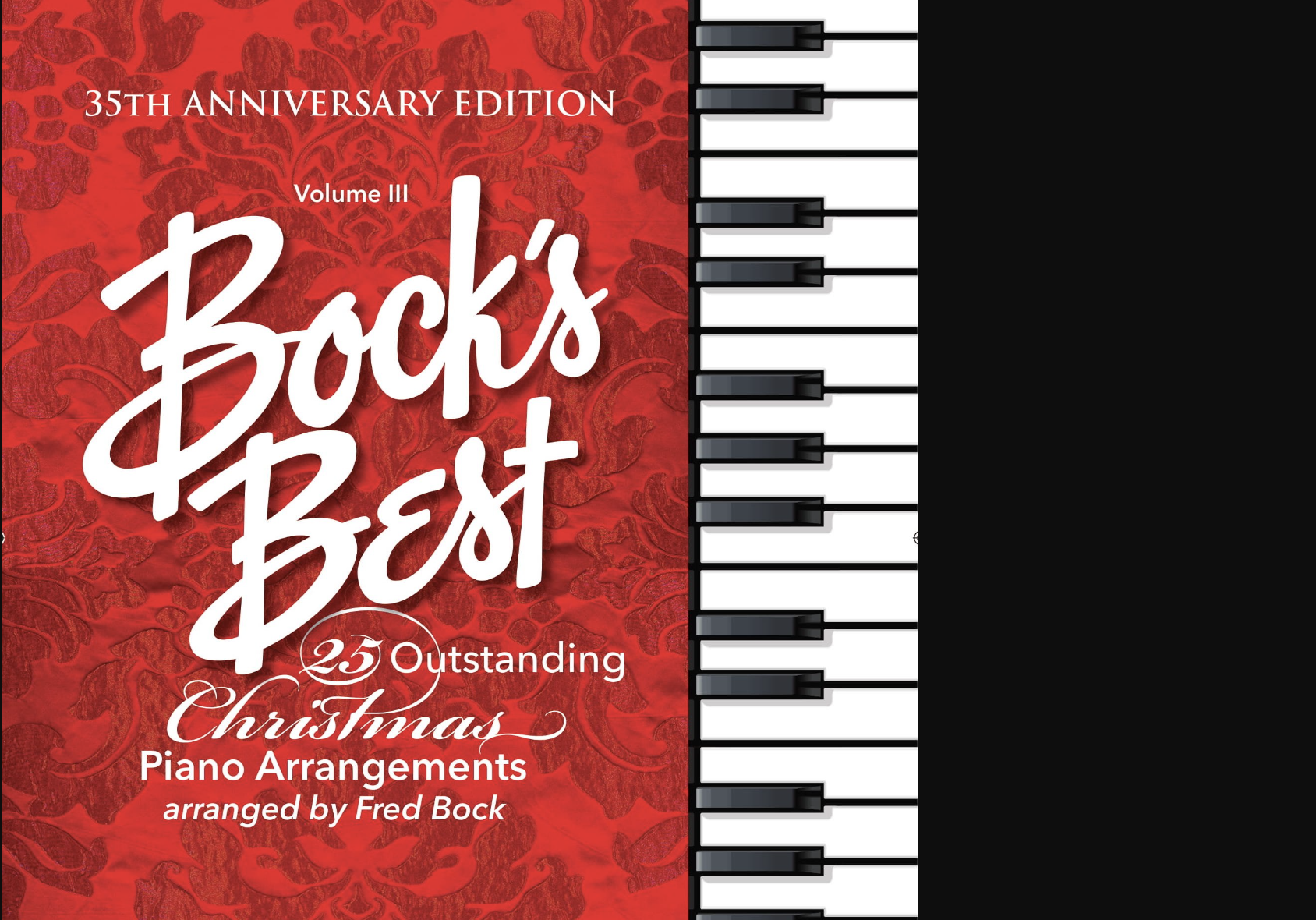 This complete book of tremendous piano solos features just about every song that comes to mind for this special season – Christmas favorites that everyone loves to play. From Silent Night and Hark, The Herald Angels Sing, to Go Tell It on the Mountain, all of these favorites are created in Fred Bock’s unique piano styling with brand new arrangements that do not appear in any other Fred Bock piano book. This Christmas book sells all year long! 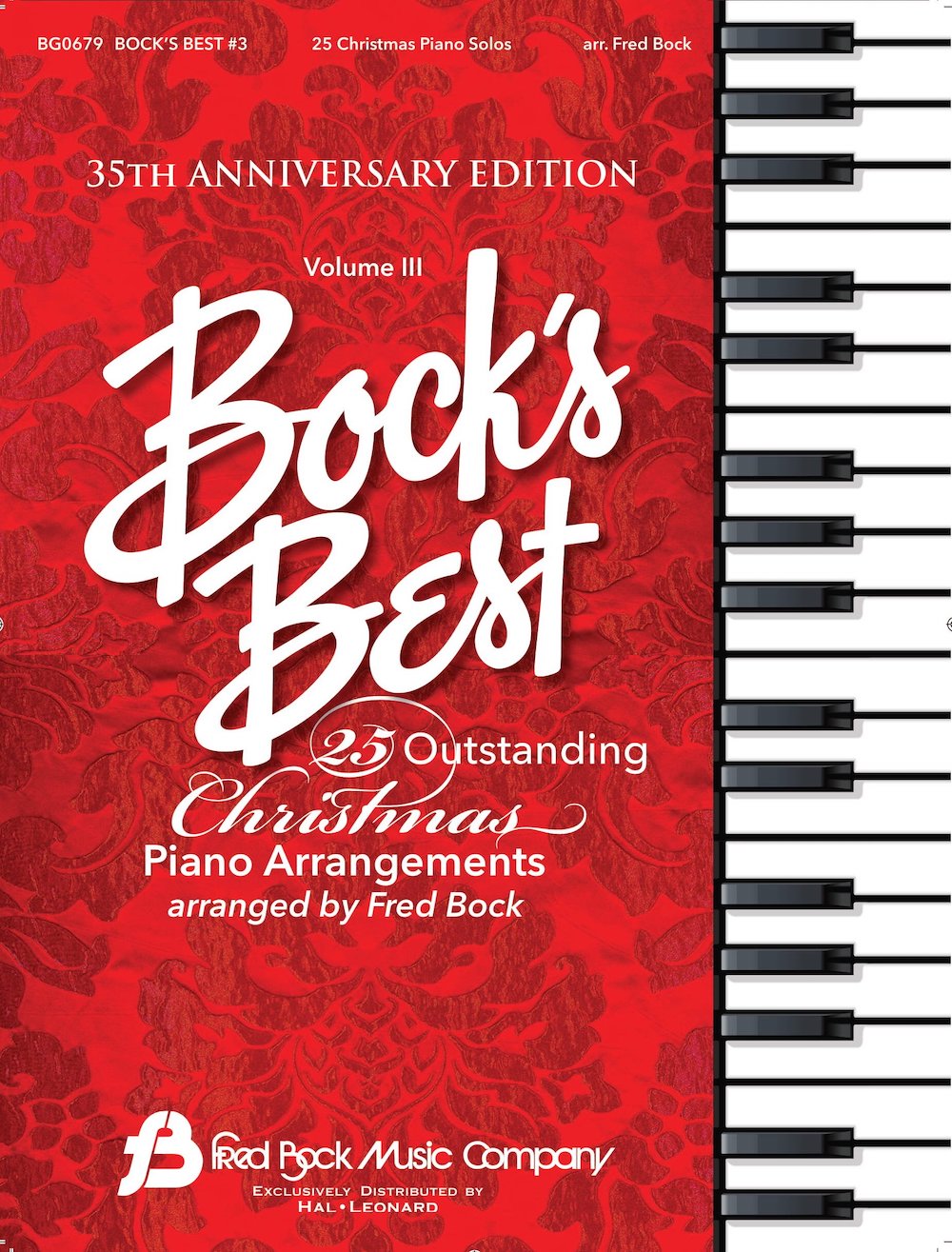 From Silent Night and Hark, The Herald Angels Sing, to Go Tell It on the Mountain—Christmas favorites that everyone loves to play!

1. Angels, We Have Heard On High

“Angels We Have Heard on High” is a Christmas carol to the hymn tune “Gloria” from a traditional French song of unknown origin called Les Anges dans nos campagnes, with paraphrased English lyrics by James Chadwick. Its most memorable feature is its chorus, Gloria in excelsis Deo, where the “o” of “Gloria” is fluidly sustained through 16 notes of a rising and falling melismatic melodic sequence. Bock’s arrangement changes it up with 28 flowing eighth notes and a wider range. The song’s subject is the birth of Jesus Christ as narrated in the Gospel of Luke.

The first tune of this medley sets the words to Jonathan E. Spilman’s 1838 melody “Flow Gently, Sweet Afton. The melody of the second tune, commonly known as “Mueller,” was first published by James R. Murray in 1887 and is the most popular musical setting in the United States. The last tune is the familiar short and sweet melody of Johannes Brahm’s “Lullaby,” one of his most popular pieces.

The melody of “Deck the Halls” is an old Welsh melody that dates back to the 16th century and belongs to a winter carol, “Nos Galan.” The English lyrics were written by the Scottish musician and author Thomas Oliphant and date back to 1862. Bock’s arrangement of this popular carol is full of two and three-part harmony and fun chromatic ornaments.

“God Rest Ye Merry, Gentlemen” is also known as “Tidings of Comfort and Joy” and other variant incipits. This arrangement is relatively straightforward, save for a few moments of dramatic flair in the second half and ending of the song.

“Good King Wenceslas” is a popular Christmas carol that tells a story of a Bohemian king who goes on a journey, braving harsh winter weather, to give alms to a poor peasant on the Feast of Stephen (December 26, the Second Day of Christmas). The tune is that of “Tempus adest floridum” (“Eastertime has come”), a 13th-century spring carol. In 1853, English hymnwriter John Mason Neale wrote the “Wenceslas” lyric. Bock’s arrangement alternates between bouncy yet strong articulation for the first two phrases and a smoother touch for the last two. The texture gradually builds to an expressive climax before Bock concludes with an amusing motif that anybody with an ear will recognize. 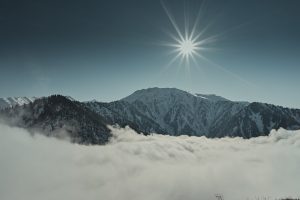 6. Go, Tell It On The Mountains

“Go Tell It on the Mountain” is an African-American spiritual as well as a Christmas carol. It was compiled by John Wesley Work Jr., a collector of spirituals from Nashville, and dates back to at least 1865. Its original lyrics celebrate the Nativity of Jesus. The arrangement starts with a swing section and then switches to straight eighths for the “B” section. This section is also filled with interesting harmonies as well as arpeggios before it returns to swing for a reprise of the “A” section.

“Hark! The Herald Angels Sing” is an English carol that first appeared in 1739 in the collection Hymns and Sacred Poems. It features lyrical contributions from Charles Wesley and George Whitefield, two of the founding ministers of Methodism, with music adapted from “Vaterland, in deinen Gauen” by Felix Mendelssohn. Bock’s arrangement takes a majestic, fanfare-like approach that makes use of a prominent descending bass line in the left hand.

8. It Came Upon The Midnight Clear

This poem was written by Edmund Sears, pastor of the Unitarian Church in Wayland, Massachusetts, in 1849. A year later, the lyrics were then set to “Carol,” a tune written for the poem at Sears’s request, by Richard Storrs Willis. This arrangement has some resemblances to the works of Chopin, with little harmonic twists here and there and easily discernible chromatic middle lines.

No collection of Christmas songs is complete without “Jingle Bells,” and such is the case with this book as well. Bock’s brisk and bright arrangement of this beloved tune, written by James Lord Pierpoint in 1857, adds a little bit of its own distinctive element with a few unusual chromatic notes and chords. This arrangement is fantastic for those seeking some unconventionality and a breath of fresh winter air for this famous carol.

Since the 20th century, “Joy to the World” has been the most-published Christmas hymn in North America. This English Christmas carol was written in 1719 by the English minister and hymnwriter Isaac Watts, and the melody is originated from “Antioch” by George Frideric Handel. This arrangement starts off with a tricky chromatic opening before introducing the well-known melody everybody loves. Bock then makes it even more interesting by modulating a half step down in the “B” section before returning to D major, with a harmonically complex conclusion similar to the opening.

“Lo, How A Rose E’er Blooming” is a Christmas carol and Marian Hymn of German origin translated from “Es ist ein Ros entsprungen.” Bock’s thoughtful arrangement displays flashes of impressionism with some voicings similar to the likes of Debussy and Ravel while still maintaining that familiar, homey Christmas sound.

This sprightly and dance-like arrangement of a traditional French Christmas carol (also translated as “He is born, the divine Child”) is punctuated by suspended fourth chords that add to the song’s light and playful mood. 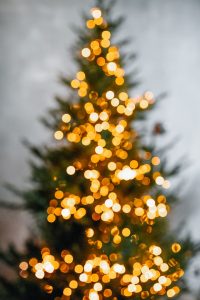 “O Christmas Tree” (translated from “O Tannenbaum”) is a traditional German carol. It was based on a traditional folk song that was unrelated to Christmas and instead was about a tragic love song using the evergreen as a symbol of faithfulness. It had come to be associated with Christmas when Leipzig composer Ernst Anshütz added two verses of his and when the custom of the Christmas tree developed in the course of the 19th century.

While this Christmas carol has been attributed to various authors including John Reading and King John IV of Portugal, the earliest printed version is in a book published by English hymnist John Francis Wade, dating back to 1751. Bock’s arrangement is strong and majestic with a dramatic ritardando and wide range of broad chords to conclude the piece.

This Christian hymn for Advent and Christmas has its origins over 1,200 years ago in monastic life in the 8th or 9th century. The text was originally written in Latin, and the 1851 translation by John Mason Neale is the most prominent in the English-speaking word. This selection stands out with its extensive use of parallel perfect intervals (4ths, 5ths, and octaves) in both the right and left hand.

“O Little Town of Bethlehem” is a Christmas carol based on an 1868 text written by American Episcopal clergyman Phillips Brooks. While the lyrics are set to “Forest Green” by Ralph Vaughan Williams in the United Kingdom and Ireland, Bock’s arrangement is based on Lewis Redner’s “St. Louis,” the tune used most often for this carol in the United States. Redner, who was a long-time collaborate with Brooks, recalled that he came up with the melody when he was heard “an angel-strain whispering in my ear.”

Originally based on a French-language poem written in 1843 by poet Placide Cappeau, composer Adolphe Adam set the words to the well-known tune that continues to be routinely performed and recorded today. The carol reflects on the birth of Jesus as humanity’s redemption. This arrangement prominently features flowing arpeggios in the left hand and broad block chords in the right hand.

This medley consists of two tunes: “While By The Sheep,” a traditional German carol that dates back to the 1600s and “While Shepherds Watched Their Flocks,” a carol with words written by Irish poet Nahum Tate and set to a variation on an aria by Handel.

Declared an intangible cultural heritage by UNESCO in 2011, this popular Christmas carol was composed in 1818 by Franz Xaver Gruber to lyrics by Joseph Mohr in the small town of Oberndorf bei Salzburg, Austria. Bock’s tender arrangement makes use of inner voice movement here and there along with a few harmonies that give the carol an extra dash of Christmas.

“The First Noel” is a traditional English Christmas carol with Cornish origins. This arrangement uses lots of inner voice movement and ends with a beautiful descending line that resemble the sound of chimes.

The melody of this United Methodist Church hymn was written by Karl P. Harrington in 1904 (“Christmas Song”) with poetry written by American poet and novelist Josiah Harrington for an 1874 Sunday School Journal. Bock’s arrangement has many qualities of Chopin’s piano etudes and nocturnes, featuring numerous chromatic lines that should be smoothly executed.

Originally titled, “Three Kings of Orient,” “We Three Kings” was the first widely popular Christmas carol written in America. It was written by American clergyman and hymnodist John Henry Hopkins Jr. in 1857 for a Christmas pageant in New York City. This slow and solemn arrangement features lots of perfect fifths in parallel motion that convey imagery of three kings as they “traverse afar . . . following yonder star.”

23. We Wish You A Merry Christmas

This arrangement of the traditional carol we all know and love changes things up a bit by switching from the original 3/4 time signature in the middle of the song to 4/4. Bock cleverly incorporates a familiar motif from another very popular carol during the transition.

The lyrics of “What Child Is This” were written by William Chatterton Dix in 1865 and set to the tune of “Greensleeves” in 1871. Although written in Great Britain, the carol today is more popular in the United States than its country of origin. This straightforward arrangement of this familiar tune is simple and relatively easy to play.

25. While Shepherds Watched Their Flocks By Night

The words of this traditional carol are attributed to Irish poet Nahum Tate and set to a variation on an aria by Handel. This cheerful and bright arrangement starts off simple and grows in complexity as each successive melody enters, keeping both hands busy for the rest of the song.

Volumes I and II of Bock’s Best contain fifty arrangements each of hymns and gospel songs. If you enjoy playing the selections in this book, you will certainly enjoy the selections in Volume I (B-G0557) and Volume II (B-G0572). 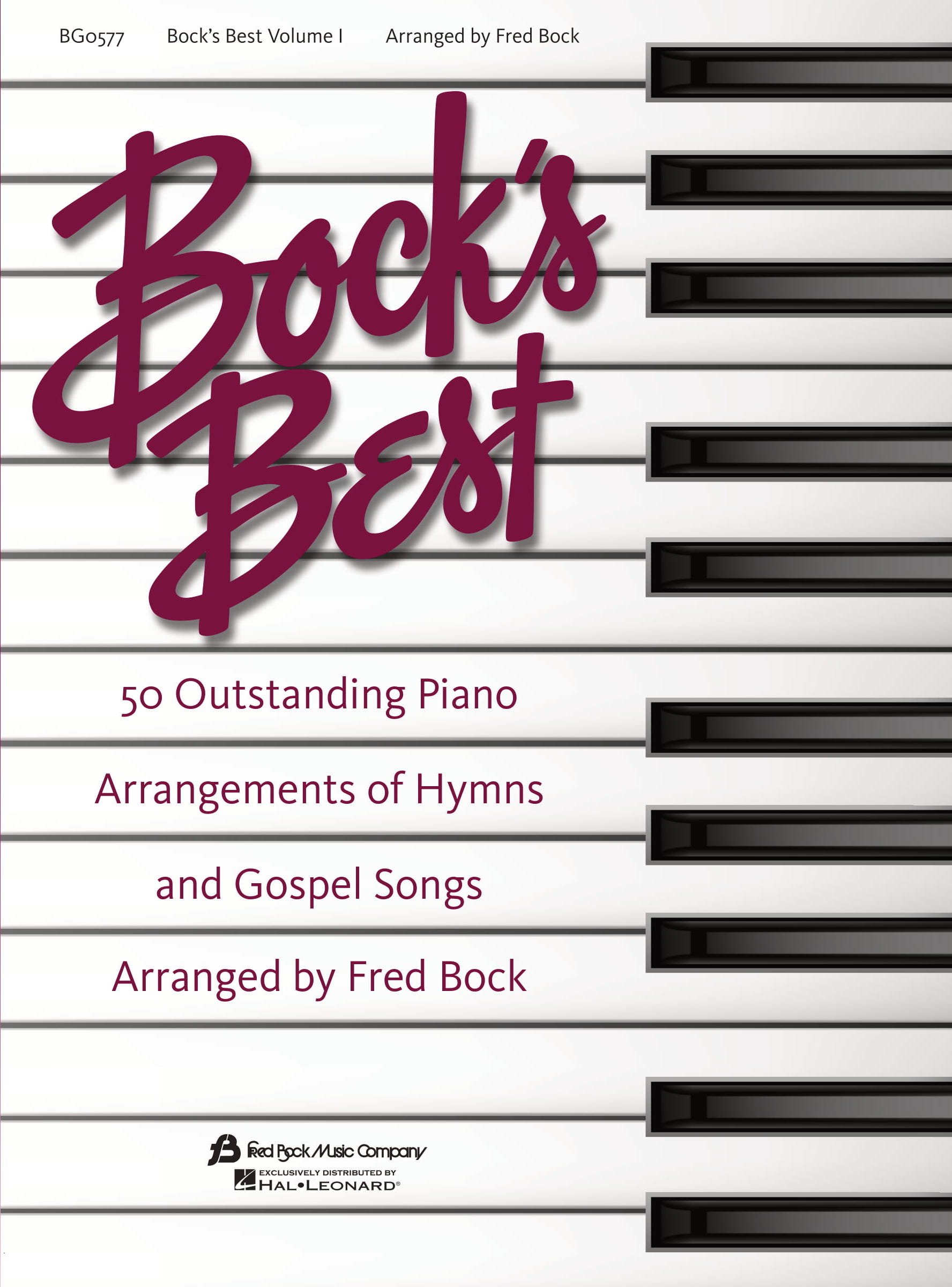 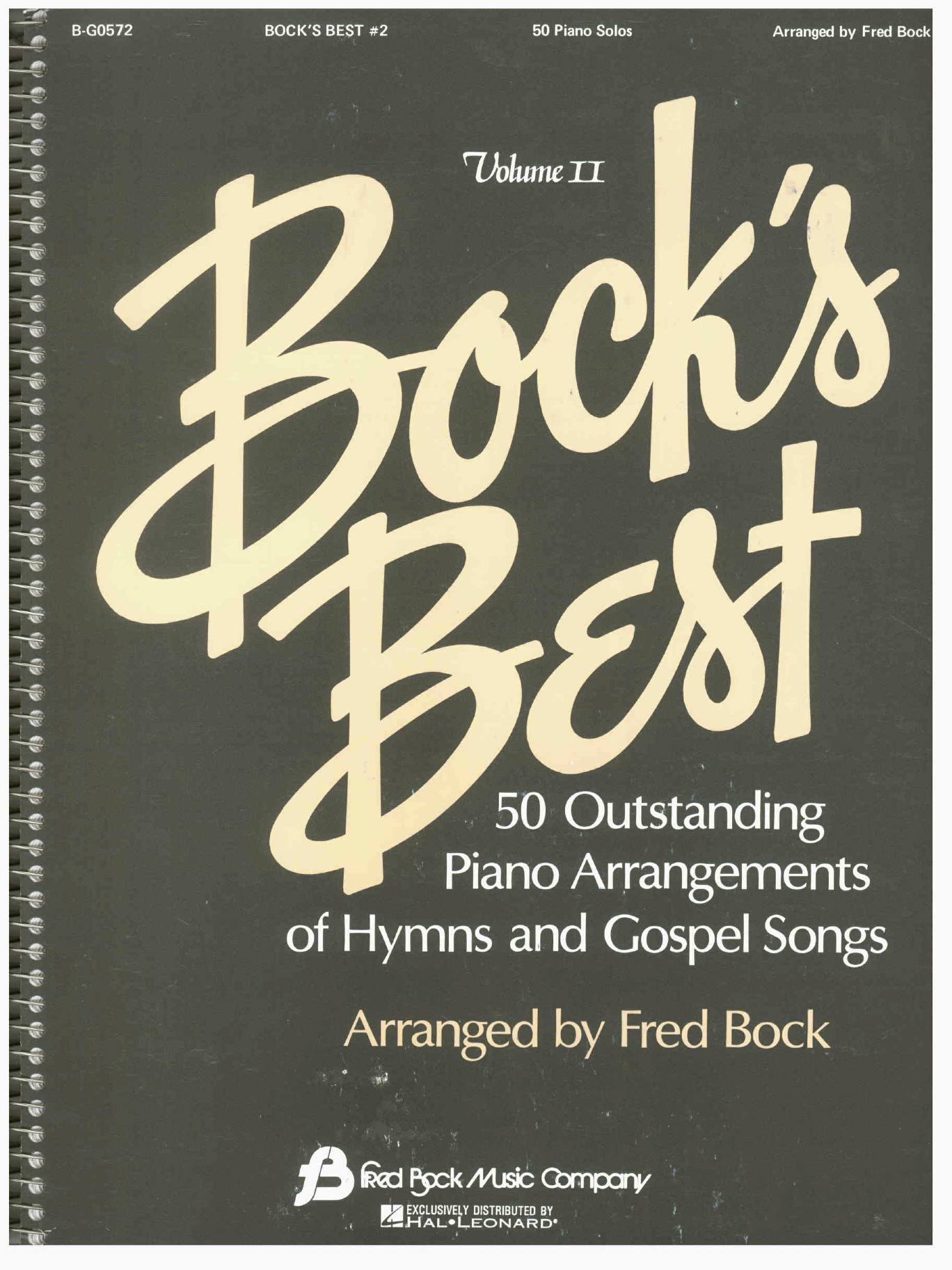 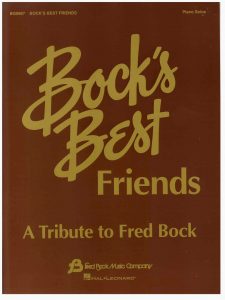 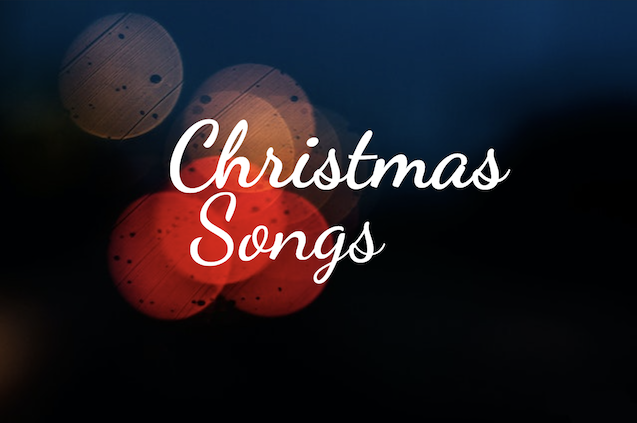